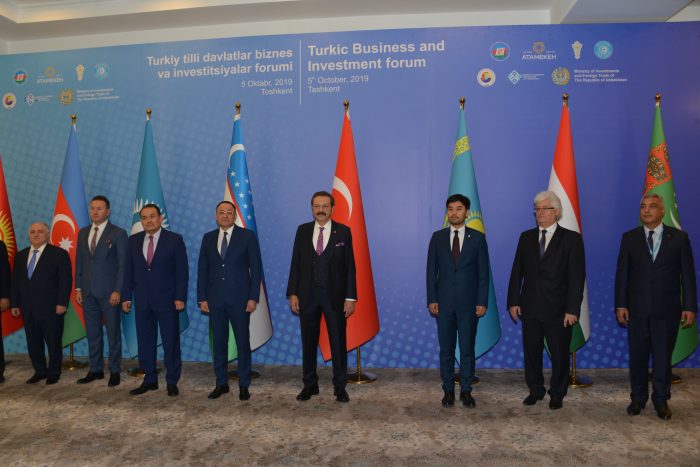 MUTSO Chairman Mustafa Ercan, TOBB President Hisarcıklıoğlu and the delegation accompanying him attended the Turkish Business and Investment Forum in Uzbekistan.
Turkish Business and Investment Forum was held in Tashkent, the capital of Uzbekistan. Forum held October 5 to Saturday, Turkey Union of Chambers and Commodity Exchanges (TOBB) President Rifat Hisarcıklıoğlu gave participation. Within the scope of the TOBB Delegation, Mustafa Ercan, Chairman of the Board of Directors of Muğla Chamber of Commerce and Industry (MUTSO), was among the names who participated in the forum.
Speaking at the opening, TOBB President M. Rifat Hisarcıklıoğlu emphasized that they are 6 different countries but one nation and said: We have an economic size of 1.1 trillion dollars, a foreign trade volume of 560 billion dollars and a population of 160 million. So when we get together, we become a global force. On the other hand, when we look at our trade with each other, we cannot reach such a large volume. The trade of 6 countries with each other has reached only 9 billion dollars, which means that it has only 2 percent share in our total trade. It is in our hands to increase this figure again. Because trade means development and people’s prosperity. Hopefully, together with the Turkish TSO, this figure will increase rapidly. ”
Turkey, the Turkish Council member about 15 billion dollars, investment indicating there Hisarcıklıoğlu countries, these countries, investment is also about $ 8 billion in Turkey, as well Turkish contractors, at 39 billion dollars, 970 projects were undertaken and to increase this figure desire said that they are.
Hisarcıklıoğlu said, explaining that Turkey in many areas of trade and investment opportunities offered, “We are the Customs Union with the EU, also available in 19 countries in Ste. We are among the most important suppliers in Europe in many sectors such as automotive, white goods, textile, construction materials. 80 percent of cars produced in Turkey, 70 percent of white goods, machinery is exported to Europe. We are among the most important producers in Europe in food, cement, shipbuilding and chemistry. ”
Overseas contracting sector pointed out that Turkey was ranked second in the world Hisarcıklıoğlu, Turkish companies last year, 19 billion dollar abroad, 261 projects were undertaken, all kinds of power plants, highways, tunnels, bridges, military and industrial facilities, high quality manner and appropriate costs.
Hisarcıklıoğlu, Turkey is the world’s second largest importer of petrochemicals, petrochemical products, offers great opportunities to investors, he said.
Hisarcıklıoğlu, “We should write an EU-like success story ”
Turkey’s developed infrastructure and Europe-Africa and central geographical position giving access opportunities in Central Asia, with investor-friendly legislation, attractive business and investment opportunities TOBB President stressed that host continued: “In many areas, we can make joint trade and investment. We can also work together for third countries. China, for example, is among the world’s largest food importers, with $ 120 billion per year. By acting together, especially in food and other sectors, we can be much more active in the Chinese market. There’s another reason I’m constantly emphasizing trade. Whichever country is developing in the world, has done so by increasing trade. Look where Europe came to ruin with 2 great world wars. They established economic unity among themselves, ended conflicts and wars, thus increasing trade and enriching it all together. Why trade? Because trade is the biggest source of peace and prosperity. He doesn’t talk to each other, doesn’t talk to each other, doesn’t look at each other badly. Therefore, we must first remove trade barriers between our countries and increase trade with each other. We have to write an EU-like success story. For example, people do not trade in and out of the country they live in, but in the country they can easily reach. After the start of trade, they make investments and establish partnerships. So, we need to identify and remove any obstacles that make trade difficult, such as a visa and a pass. Half of the way to believe and begin, let’s take the first step, the rest comes ”
In addition to TOBB President Hisarcıklıoğlu, Deputy Prime Minister of Uzbekistan Elyor Ganiyev, Secretary General of the Turkic Council Bagdat Amrayev, Ambassadors; Adham Ikramov, Chairman of ASK Mammad Musayev, Azerbaijan, Chairman of Kyrgyzstan TSO Marat Sarsekeeva, Turkey’s leading business men and representatives of the Hungarian TSO-stock presidents also attended the room. 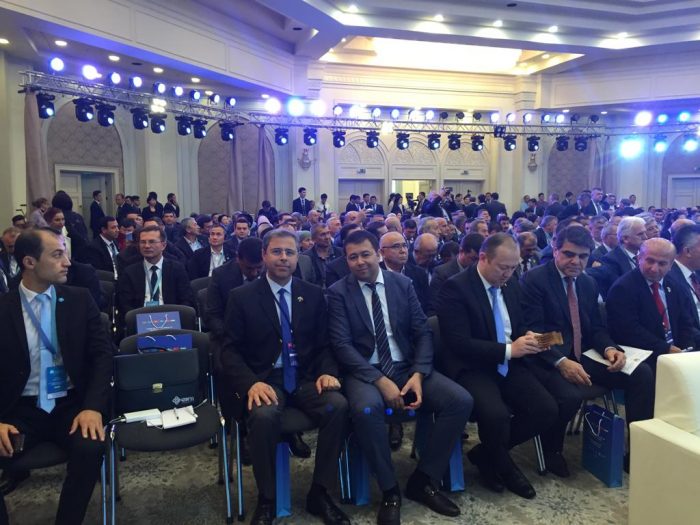 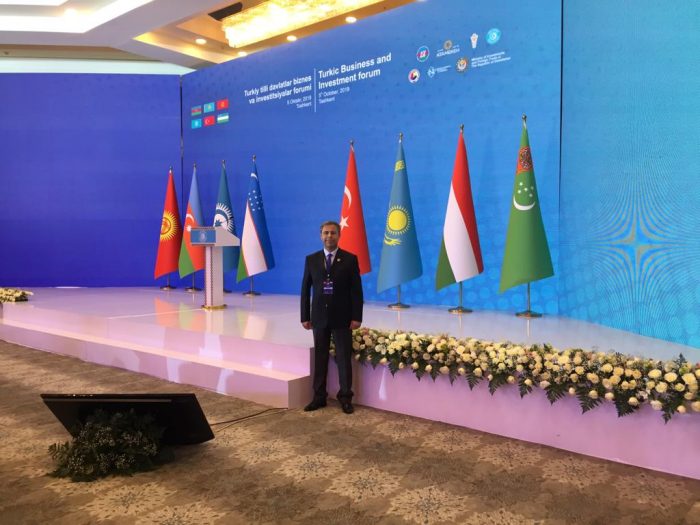 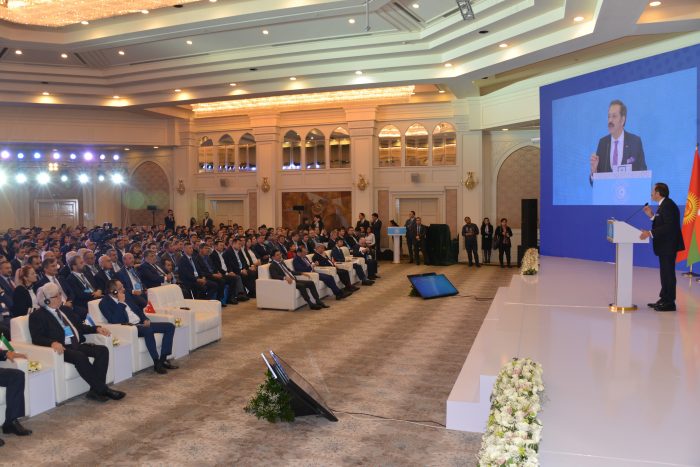