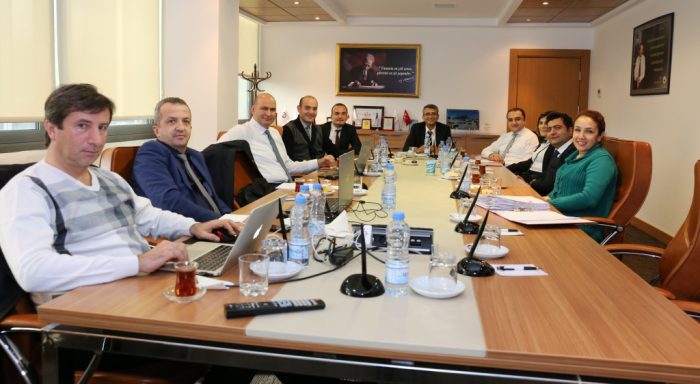 Trade Registration Fees began to be paid by MUTSO instead of Tax Offices as of December.

The Turkish Chambers and Commodity Exchanges Association (TOBB), which started a study on the payment of the Chaldeans instead of the Tax Office of the Trade Registry Charges, elected Muğla Chamber of Commerce and Industry (MUTSO) as the pilot Chamber. On November 29-30, TOBB Trade Registry and Information Technology Officers visited the MUTSO and worked on the integration of the program and informed MUTSO Trade Registry and Chamber staff. The system that saved the members who had to go to the Tax Office for the fees during the procedure in the room was started to be implemented in MUTSO as of 1 December Thursday. MUTSO, which started to apply as a pilot room on Thursday, December 1, will be carrying out transactions together with the Trade Registry Offices in Turkey as of 1 January 2017.

Continuing to work on the application which will start in Turkey as of January as a result of no hitches, TOBB organized an education on December 10 and invited all Trade Registry Managers, related unit personnel and staff responsible for collections and accruals. Within the scope of the training, MUTSO Trade Registry Manager and related unit employees will take their place in this training.