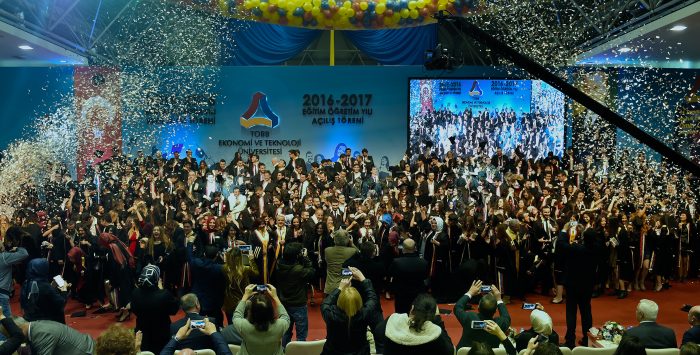 Turkish Chambers and Commodity Exchanges Union (TOBB) Economy and Technology University (ETU) 2015-2016 Graduation Ceremony and 2016-2017 Education – Education Opening Ceremony were held with wide participation. The ceremony held on 26 November 2016 Saturday was attended by the Minister of Education İsmet Yılmaz and the Minister of Finance Naci Ağbal and TOBB President and TOBB ETU Board of Trustees Chairman M. Rifat Hisarcıklıoğlu, TOBB Board Member and Muğla Chamber of Commerce and Industry Chairman Bülent Karakus A large number of guests and students attended.

TOBB Chairman and TOBB ETU Chairman M. Rifat Hisarcıklıoğlu said in his speech that “TOBB ETU provides the best quality education and strives to educate the students in the best possible way.” We make it possible for you to compete not only in our country but also in every part of the world. You are a member of a school that brings theory and practice together in the same curriculum. Thanks to our common training model, you have learned both the theory and practice of work, and you know the field. Here we are. My brother, who graduated from here, has a life of 1 year experience. According to other college graduates, the fact is that life has started one step ahead. ” Hisarcıklıoğlu emphasized that they are doing education in Turkish. But we did not prefer this. Because first you will speak your language correctly, you will express yourself properly so that you can stand out in society. While we are teaching Turkish, we have also helped you learn at least 2 foreign languages in the best possible way. We are the only university that requires TOEFL certification. We also had to learn a second foreign language other than English. So we are the only one of our graduates, so you, you will have your own language first. Then you can easily communicate with everyone around the world, “he said.

Hisarcıklıoğlu also reminded that they gave lessons in leadership and social behavior and thus said that they gave graduates who are more comfortable initiative, speaking and affects people and they want to be leaders of the future.

Hisarcıklıoğlu, who has been recommended to graduates, said: “School life is over for you, life school is starting. I mean, real life is starting now. By this means, I will give advice to you and all my young friends. First, you have to constantly update yourself. Because the validity of the information has never been so short. Secondly, different thinking, ie destroying existing patterns. In order to succeed in this age, you will destroy the walls of mind that confine you. Bring new pieces of old keeper! Yes your business will be difficult because the competition is more. But your advantage is that; The greatest capital, the greatest value in the 21st century; Idea. TOBB ETÜ; It was founded to attract entrepreneurs who produce good ideas. Work hard. Please do not forget. Perhaps the talent will surpass you. But only your character keeps you there. Keep your ideas and opinions unchanged. Renew yourself. Because it’s just death and the deli do not change. “ 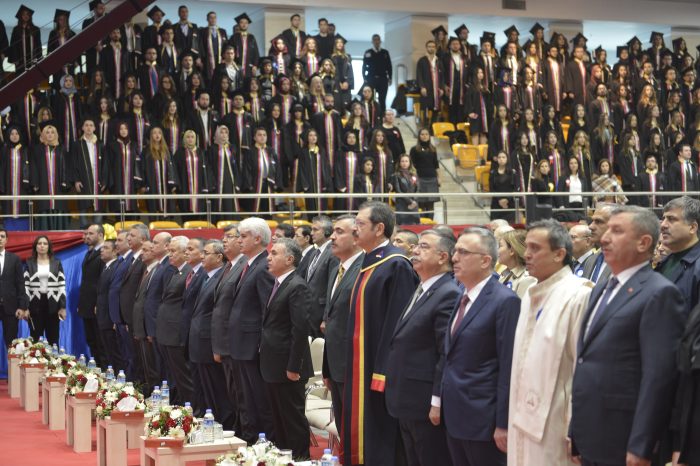 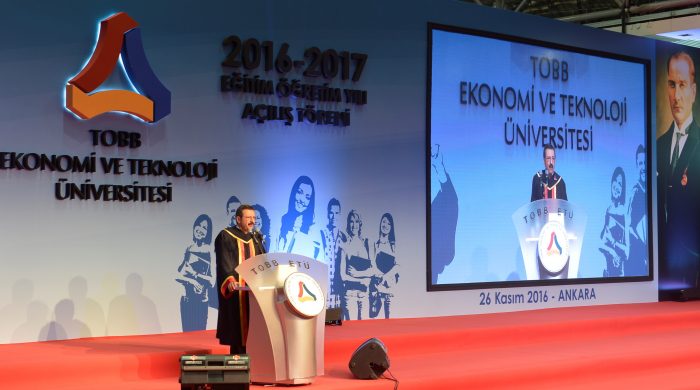