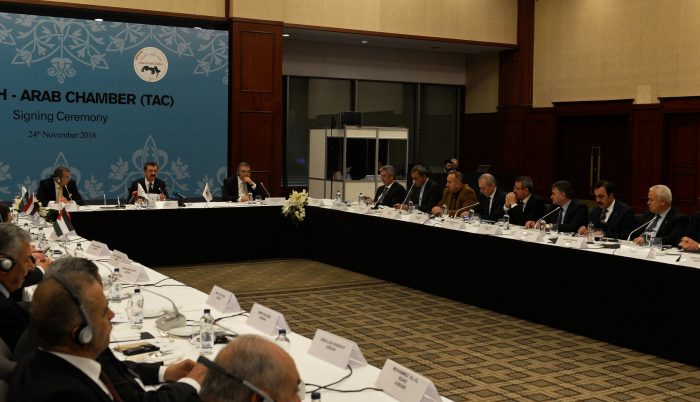 The Turkish-Arab Chamber was established with the Turkish Chambers and Commodity Exchanges Union (TOBB) and with the protocol of the Arabic Chamber of Units in central Istanbul. Speaking at the signing ceremony of the protocol on Thursday, November 24, 2016, TOBB President M. Rifat Hisarciklioglu said that many businessmen from the Arab business world are searching for the coup attempt on July 15th and they are sending their support messages to Turkey.

Hisarcıklıoğlu said, “On the black day they showed Turkey’s friendship and brotherhood once more.” He noted that Turkey and the Arab geography had been neighbor for a thousand years. Hisarcıklıoğlu continued his speech as follows: “I hope this neighborhood will continue without interruption. We have very strong historical ties with the law brought by your neighbor and your brother. Our civilizations, our cultures have been intertwined. We have a great interaction with Arab geography in the economic arena. The Arab geography on the world’s links to the sea and the Turkish geography on the historical Silk Road have been a guarantee of the richness of this region throughout history. There is a great opportunity for these two geographies to become more convergent and turn into a region of wealth again. In the process we are in, Turkey and Arab geography need each other more than ever. Because the only solution in the geography that we are living in is the agonies that we should act together. ”

Hisarcıklıoğlu: “We are taking an historic step”

Hisarcıklıoğlu stated that the Arabic Odalar Alliance of the private sector of the Arab League countries took a historic step as TOBB and said, “Our economic relations with the Arab geography have improved significantly in recent years. Since the early 2000s, the trade volume of the Arab countries and Turkey has increased by 7.5 times in the last 15 years. Our trade with Arab geography reached 47 billion dollars. The 7.5-fold increase in trade in 15 years is a terrific figure, “he said.

Hisarcıklıoğlu stated that the Turkish private sector is very enthusiastic about doing more business with the Arab world and that there is great potential in front of them. “Turkey is doing only 8% of our total foreign trade with the Arab League. The Arab League is doing just 1 percent of total trade with us. So in the future there is a wide area available for doing business. That is why we are setting up the Turkish-Arab Chamber to spend that potential. ”

“We are here to represent the Turkish and Arab private sector,” said Senator Nael Al Kabariti, President of the Arab Chamber of the Union and Jordan Chamber of Commerce Chamber, which made a joint investment call between Turkey and Arab countries. We must find common points between Arab countries and Turkey and make joint investments that will increase employment. There is a great deal of unemployment in Arab countries. On either side we have to start the projects that will increase the employment as soon as possible. We must increase employment. It also accelerates the socio-cultural development of the nations. I think we can overcome the trade figures of the European Union, “he said.

Al Kabariti, who emphasized Turkey’s upright position and hard work, said: “We are a very important country with a steep stance and hard work. We are sampling and inspiring from here. Those who lived on July 15th are a very important example. He showed how you stand up against the coup and the difficulty of using it, and how you stand against those who want to seize the territory of the country. The citizens of this country are very courageous and very multicultural. ”

We are waiting for Turkish Construction Firms

Ahmed Al Wakeel, the Federation of Egyptian Chambers of Commerce and the African Union of Chambers, also stressed that today a very important foundation for Turkish and Arabic relations has been laid, “Today, in fact, investments and economic steps in the commercial sense will accelerate development both culturally and socially.”

General Secretary of Jordan Investment Support Agency Mikhled Al Omari pointed out that they were open until the end of construction investments and invited Turkish businessmen to invest in construction in Jordan. 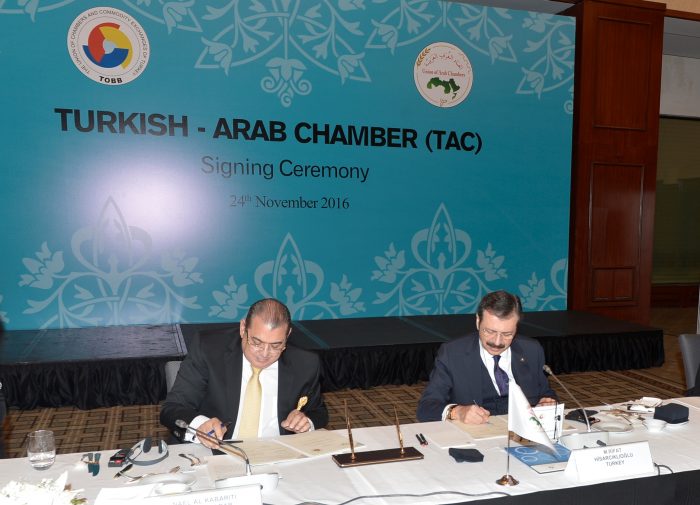 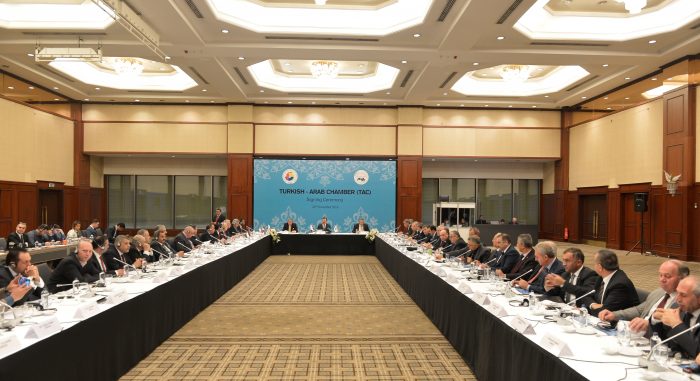